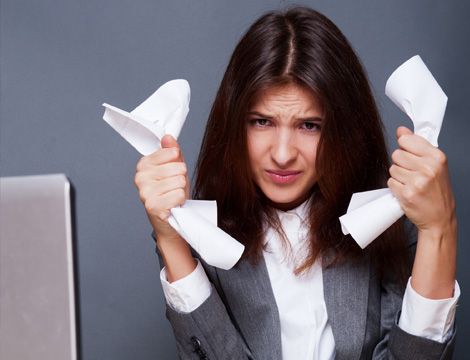 The national vocational education and training (VET) sector regulator Australian Skills Quality Authority (ASQA), has been criticised by the Chair of the House of Representatives Employment, Education and Training Committee, Andrew Laming, LNP (QLD) Member for Bowman in a hard-hitting speech to parliament. According to the Independent Tertiary Education Council Australia (ITECA), the peak body representing independent providers in the higher education, vocational education and training sector, the views of Mr Laming echo those of most quality independent providers in the VET sector.

Mr Laming‘s speech canvassed the experience of many providers in dealing with ASQA. It highlighted how award-winning RTOs are being accused of failing to meet regulatory standards for minor technical breaches of the legislation or on matters that have no bearing on student quality such as the colour of a logo on a website.

ITECA encourages all with an interest in the challenges facing quality RTO‘s to listen to the speech. It was made in parliament on 31 July 2019 and can be found online at: https://www.youtube.com/watch?v=bNnwn5gY8OM&feature=youtu.be

Mr Laming‘s speech highlighted how many quality RTO‘s face the wrath of ASQA for compliance issues that have little to no outcome on the provision of quality providing of training to students.

“ITECA isn‘t calling for the regulatory system to be wound-back, simply that the approach of ASQA be modified to focus less on what Mr Laming correctly called administrivia,” Mr Williams said.

In his comments Mr Laming said “Every provider I spoke to said that if there were to be another provider engaged in fraud, mismanagement or irresponsible training practice of course they should be driven from the training system “. ITECA supports this view without qualification.

The work of ASQA was considered in the report Strengthening Skills: Expert Review of Australia’s Vocational Education and Training System authored by Mr Stephen Joyce and commissioned by the Australian Government. ITECA believes this report sets a roadmap for reform that will help quality RTOs.

“ITECA and our members are supportive of the board direction set out in the Joyce report and we‘re comforted by the engagement that we‘ve had at a Ministerial and departmental level to assist the government develop an appropriate response,” Mr Williams said.

Steven Joyce has delivered counter-punch speech regarding ASQA to the National AEN conference held on the Gold Coast. Steven Joyce was one of the most senior ministers in the John Key-led National Government in New Zealand. The Hon Steve Joyce had been appointed to undertake a review into the vocational education and training (VET) system.

“It appears to me ASQA is increasingly using the AAT as a vehicle for extinguishing RTOs simply by legal costs and reputational damage and delay,” says Andrew Laming in the video link provided above. In what CEO of ITECA Troy Williams called ‘a perfectly sensible recommendation’, Steven Joyce has also called for ASQA to be subject to an independent review of its performance.

Providing an overview of his independent review of the sector, Joyce stated the biggest issue appears to be a lack of confidence in the sector and a vast difference between what ASQA thinks is going on in the sector and what RTOs on the ground perceive to be the issues.

With a program of structured reform in place, Joyce advocates that there is a ‘massive opportunity for VET reform and apprenticeship growth’.

ASQA was also the subject of a lengthy critical article by consultant Claire Field (“VET regulation that’s clear as mud”) in The Australian on 7 August. She calls for “the publication of all ASQA audit reports … to allow the sector to confirm the veracity of auditors’ decisions and provide proof that ASQA’s audit practices are nationally consistent.” Ms Field also writes that, “Swift and genuine implementation of the other recommendations of the Braithwaite review is also urgently needed,” as well as “cultural change within ASQA.”